February 17, 2020
The main theme of my storybook will be urban horror stories as told by a pothead who recounts (his or her) terrifying nightmares ever since (he or she I can't decide yet) took a break from smoking marijuana.

I'm still playing with ideas on how to construct the stories, whether I want each story to be a new nightmare or some greater twist will happen. I plan to follow a mix of the scary stories I chose for my topic research. I also really liked the style of the snopes website but I'm struggling with the creativity on that end.

I'd like to have an element in the writing that was really unexpected and have it shock the reader. A lot of these dreams I've had myself but with some variation.
Post a Comment
Read more 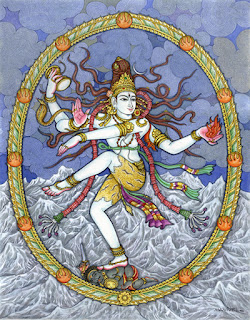 http://mythfolklore.blogspot.com/2014/06/goblins-conclusion.html
For my second reading this week I tried to sample other stories, but they just weren't catching my attention such as the Twenty-Two Goblins story. I enjoy story within a story plot, especially with this plot twist of a conclusion.
First of all, I'm really bothered not knowing the answer to the last riddle. I need answers! Especially because that was such an almost-maybe-I-don't-know incest bomb.
I notice there's a strong sense of marriage loyalty from these stories. Righteousness was discussed in this part more than judgment of people's quality.
The best part of this unit was the goblin taking akin to the king, even though he didn't know the answer to the riddle (bummer). He helped the king and it was really cute. On the same note, I wish there was an image for this goblin. I currently think of the creatures from Spiderwick Chronicles and I don't think that's accurate.
Also, another the…
Post a Comment
Read more 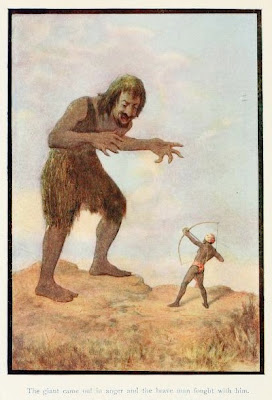 http://mythfolklore.blogspot.com/2014/06/goblins-brave-wise-clever.html
This week I chose to Twenty-Two Goblins because the overview captured my interest mentioning a goblin that tells riddles. I thought it would be a fun read and indeed it was. I have to say the story is quite odd overall and I would like to know how certain things came about. Such as, choosing fruit to be the carrier of gems, or why the goblin resides in a corpse (creepy!). I'm not familiar with Indian folklore, much less so than Greek mythology. One thing I noticed that I'd like to look into were the names of the characters. They would sometimes be named after objects or just something you wouldn't expect a name to be. Like, "Crescent", "Five-cloth", "Moonlight", etc. I wonder if they have any specific meaning, because within the story it doesn't seem so.
The recurring theme in the goblin's riddles are "who is the most or best-suited type of person" for w…
Post a Comment
Read more


The last few weeks have been so extremely hectic. I only completed half of the readings for week 4 and missed nearly all of the assignments for week 3. I've been having bouts of kidney problems and when I'm not zapped of energy, I'm doing homework for my other classes first. However, it would be nice to have extra time somehow because I've been inspired through my last reading which sparked my first story. Or part of one. I had really big ideas for a story that I was writing at 1 am and submitted a lazy version in a sleepy haste. I'm confident that things will become easier soon and I can improve my productivity to energy ratio. I'd like to add on to the Theron and Ana story soon and see if I get anymore great comments on it!
Post a Comment
Read more 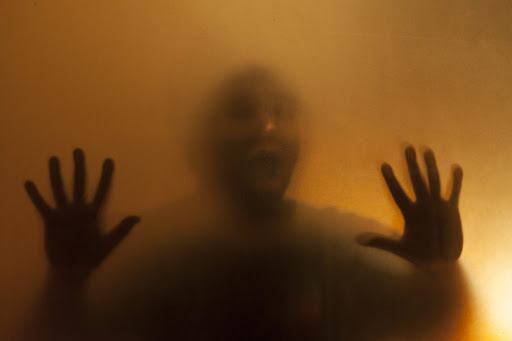 Urban Legend Horrors
Looking back on my choices for storybook topic research, I found myself most interested in urban legends that were focused on the aspect of horror. I skimmed through a website called Snopes for more stories. I had heard of this website before but never took the time to see what it's all about. I love how easy it is to gain fact checks on really chilling things, even more so when it's proven to be true.

I came across three stories that are centered about a common thread that I deem the most fear-striking component of all:
Oblivion.
https://www.snopes.com/collections/scary-urban-legends/
The first story was a fact check on the accidental burial of live people. The title alone struck me, as one of my biggest fears is to wake up six feet underground with no one to hear my screams, destined to die of suffocation. It's actually proven that accidental burial isn't unheard of and there have been hundreds of cases. This solidifies my requests after death to…
Post a Comment
Read more

February 07, 2020
Theron and Ana
Theron's Charm and the Anger of  Coeus
In a certain college campus there lived four brothers of surpassing charm. Although all of them were really lovely, only one bore such beauty and intellect that the whole town was under his spell. Anyone who met him was dumbfounded at his alluring charisma and couldn't fathom a mortal to be so god-like in looks but in knowledge as well.
The curiosity of skeptics drove people from neighboring towns to see the statuesque heartthrob. He mesmerized men and women of all ages with his advances in engineering and science research. Crowds of eager students in awe at his divine looks. His charm afforded the hearts of many, of which he could achieve nearly anything he desired at arm's length. Rumor seized across the nation that he must be the god Coeus.

Coeus, the god of intelligence, turned to his secret lover with rage.
"Venus, behold me, the source of all knowledge of imperial divinity is undermined by a human. I am the…
3 comments
Read more
More posts